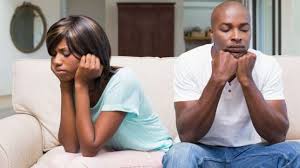 Have you ever asked yourself why marriages fail? I ask that question too.

Many times, I have imagined the way people feel when they fell in love with someone for the first time: I guess you know exactly what am talking about. It feels like nothing else exists but just the two of them. They want to be together all the time.

Then they marry each other, and start enjoying their marriage; one year, two years, three years… And suddenly, things start taking a new shape; quarrels and fights become the order of the day. Not that we want to fight or quarrel, but we do quarrel anyway.

In the earlier stages of our marriage, things were not like that. There were lots of things we want to talk to each other about; we always want to be in each other’s arms.

Now, the ability to talk deep about our feelings and aspirations has gradually died down and our conversation now starts revolving around just the domestic duties and other plans.

The three questions that usually come to my mind when I see this happen is this “what happened to that first love?” is there a thin line between love and hate? And are all these enough to make marriages fail?

Most couples have lost the consciousness of the things that brought them together, we have taken each other for granted, and worst of all, we sometimes find each other annoying and boring.

But why have marriages failed more in our generation than it was before? It worked for our great grandfather, and many of us see it working for our parents too.

One thing is that we don’t want the quarrels or fight, we want to marry and enjoy our spouse, but the world we live in now has added so many roadblocks in our ways and have made it hard for us to have a happy married life with someone we love.

In this article, I took my time to list for you 10 reasons why couples are not happy anymore with their marriage and why marriages fail.

1) Advancement in technology is one of the reasons:-

The internet, social media, and cell phones have played a very significant role in why marriages fail today.

In research conducted on married couples, 54% of them accepted that their mobile phone has brought negative impacts on their marriage.

Some years back, we want to take certain steps just to prove to someone that we love him/her.

We want to go the extra mile because we will not want anything to come between us and our fiance.

Technology has taken over

Then, technology has not exploded the way it is now, things were very much different than it is now; text massaging was starting them, social media was not heard of as it is now.

Those days, if you want to see him or her, you must have to drive to wherever you will have the opportunity. You must take a certain action to express your love.

Today, things are different. Technology has taken over everything. You can be in a very distant place and send flowers to your spouse. You may not see or hear your spouse’s voice when you want to communicate with him or her.

Our cell phones buzz at breakfast, we check our emails in the evening, when we are taking a ride the radio play, and television is there when we come home to share times.

Check how many hours you do this

Nowadays, when people get stressed up, instead of going back home to their spouse to be cheered up, they prefer to stay in front of the television to get the solace they need.
We have been faced with so many distractions.

I am not saying that advancement in technology is bad. But it has made us be far from the one we love, which is one of the reasons why marriages fail.

2) Sexual frequency declined is another reason why marriages fail:-

Sex is very important in every relationship. One of the way couple could express what they feel for each other is through sex; it brings two people closer to each other.

As the year goes by, the sexual lives of partners start declining or become none existent at all due to the age of the couple or the duration of the relationship.

Looking at the data from (NSHSLS) National health and social life survey, and that of (NSHAP) National Social Life, health and Aging project, I realized that the decline in sex frequency could be due to a change in the status of the marriage or physical health of the couples,

Things were not so earlier.

Most couples no more look forward to seeing their spouse undress just as it used to be during the earlier stage of the marriage.

Many of them even find it hard to have sex once a month; many others do that only when they want to have children.

Tell me how marriage will fair. : )

When you look at the cases of cheating in marriage, most of the reasons for that are the inability of the couple to satisfy each other sexually or even have sex at all.

That is one reason I feel hurt inside when I see couples who do not take sex seriously, because they are heading for serious destruction.

If you are not doing any other thing, try to work on your sex life. Tweet This

You may want to read my article on how to improve your boring sex life.

There is no marriage without a problem. Though no couple plans to have problems in their marriage, there are usually some certain issues that must be there in every marriage. However, understanding the common marriage problems and their solutions is a good step to ending relationship issues. One of the things people tend to forget… 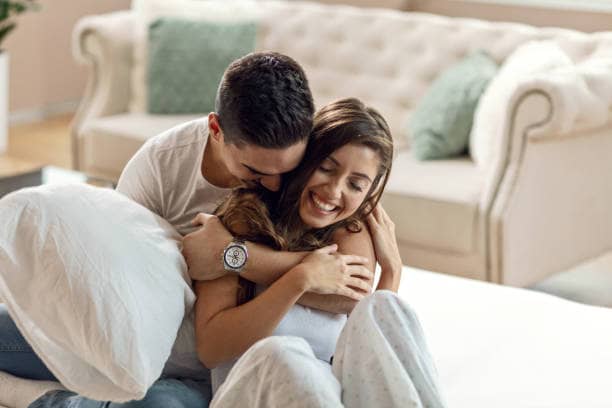 It’s possible to be under the same roof, sleep in the same bed and yet the loves you share with your wife have depreciated a great deal. But, to make any marriage work properly, you must try everything you should make your wife fall in love with you again. I believe you have heard the…