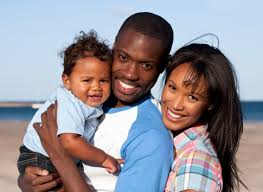 The greatest expectations of every couple are to fall in love, marry, and most of all to have a happy marriage, but what happens when the issue of money steps in between the two of you, when all that brings quarrel is about the couples finance.

It is obvious that money can cause so much stress in any relationship only when we give it room to do so.

One of the ways you can reduce stress when you are (dating or married) is, to be honest, and open with your partner concerning their money, your money as well as the “couple’s money”.

It may be possible that you and your partner have some different views about money, so when you are truthful and open about how much money you earn, the way you chose to spend it and your other “financial priorities”, it will of great help you and your partner in protecting your marriage from any potential stress concerning money well as helping you in having a happy marriage.

Bellow are three Important Tips to help you Organize Your couple’s finance properly as couples and how it will help you have a happy marriage.

Couples finance: How To Take Care Of Your Finance.

1) Plan your budgets as couples:-

Planning your budget as couples is one thing couples must do if they really want to have a successful and happier marriage.

It is imperative that when you are making up your mind how you want to be spending each month from your” couples expenses “like a utility, housing cost, and groceries, make sure you bear in mind about how much you and your spouse earns.

The amount of money you earn determines your way of living. When you know about your income and your partner’s income, then it will be pretty easy to plan your couple’s budget in such a way that both of you could be free to have and enjoy your happy marriage.

2) Talk About You Spending Habit:-

This is another important aspect of getting your finances in another.

How and where you spend your money when you are single may be very much different than now you are married. This is why it is important both of you discuss it.

Have a way of tracking your expenses and income individually or collectively as couples.
Discussing your finances and working on your couple’s budget does not imply having an account together with your spouse.

It simply means that each couple is committed to contributing some percentage of their incomes toward the house expenses.

When you are sure about your” couple’s budget”, how and where you spend your money monthly, then it will be easier for you to organize your “financial priorities” as husband and wife.

Making every effort to work and organize your financial priorities can help you and your spouse to reduce stress and have a perfect and happy marriage.

Finally: To avoid troubles that result from money issues in marriage, it’s important to take care of your couple’s finance.

Plan with your partner on how to organize your finances, to make things easier for you.

3 Reasons why Marriages fail or succeed

There are so many reasons I know why marriages fail or succeed and here’s why you should not let your marriage fail like so many others.

In this article, you will also learn how you can make your own marriage be counted among the successful marriages for the rest of your stay as couples.

Obviously, there is never a time when people will plan to get together as husband and wife, and want to break up the next day. The plan is always to have wonderful and perfect matrimony. But sometimes, it never happens as planned.

There are so many important reasons I know why some marriages thrive well even in the midst of their challenges, and why some results to divorce even at a very little challenge.

I want us to firstly look at the classifications of marriage by the famous researcher called Dr. John Guttman.

In his research, he was able to classify marriage into different styles as follows.

When a marriage is said to be compatible, it means the two people have the capability to live together in marriage as husband and wife.

Romance is always important in any marriage that will last long, but the compatibility of the couple is very crucial.

The partners in this type of marriage always have a way to agree on common agendas concerning the way their union will go, and how each of the partners will behave when there is an issue.

Every successful marriage is comprised of couples who have come to the marriage with already existing compatibility in some areas like temperament, goals, and personality.

The second style of marriage according to Dr. Gottaman

When a marriage is termed volatile, it is usually “characterized” by so many strong arguments and strong displays of passion as well. There is usually a frequent positive interaction than the negative.

It has been noticed that couples in this kind of marriage have a different “style” of marriage than those who are similar in their outlook.

The couples who have a volatile marriage can tolerate and tend to stay happier; the reason is that the more opportunity they have to quarrel, the more they also have to make up and move on with their passions of kissing and hugging.

In this style of marriage, the couples choose to avoid confronting their issues directly by either changing the subject matter or by singing. This type of marriage can be more disastrous.

The couples don’t usually ask about each other’s feelings, emotions, want and thoughts. Even when one does, the other will not reciprocate. However, that doesn’t mean there is no chance for then to live together.

The main reason why marriages fail or succeed is not conflicts. It is all about how the couples solve the incompatibility in their relationship.

Be prepared to accommodate

The ones who are not well prepared to accommodate each other usually turn their conflicts into a protracted fight and may throw in the towel to avoid one.

The most important thing each partner must learn in order to deal wisely with their conflicts without giving up their own interest or need is always to support and validate each other.

Commitment is most imperative in making any marriage succeed.

Let me live you with this.

Whatever you need to make your marriage fail or succeed is inside you; look inside, select the tool you need and start working.

Thanks for reading this.